What attributes do famous non-college grads have over those students who complete a college degree yet fail to achieve their dreams?  Were the factors a nurturing supportive family a positive k-12 learning environment that encouraged curiosity? Since these celebrity non-college grads had what seems the perfect mix for success maybe completing a college degree was redundant.  Maybe completing a college was for symbolic reasons did not hold meaning in their pursuit of loftier aspirations.
Comments please.

CAMBRIDGE, Mass.— Mark Zuckerberg returned to Harvard University to give advice to students who differed from him in one noteworthy way.

The Facebook Inc. chief executive, who dropped out of Harvard in 2005, came back to deliver the commencement address on Thursday. He finally got a diploma, an honorary degree.

“If I get through this speech,” Mr. Zuckerberg, 33 years old, told the assembled, who huddled under umbrellas as it rained, “it’ll be the first time I actually finish something at Harvard.” 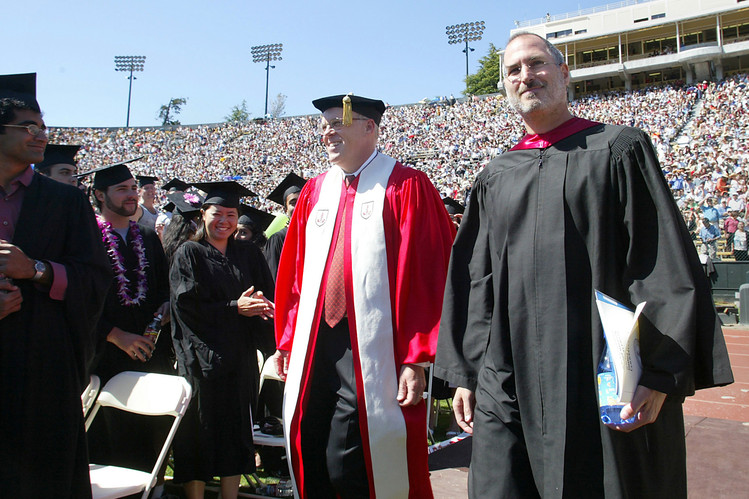 Ellen DeGeneres addressed Tulane University in 2009, telling grads she didn’t go to college. Kanye West, who titled his debut studio album “College Dropout,” spoke at the School of the Art Institute of Chicago in 2015.

“Ironically, dropouts do give some of the best speeches,” said Cristina Negrut, creator of Graduation Wisdom, a website that archives graduation speeches.

Dropouts often take risks, she said, which makes for better stories. At least 10% of the roughly 200 graduation speeches on her site were by people with no college degree.

Dropping out to launch a startup has gained even more allure in the tech industry since then. Snap Inc. co-founder Evan Spiegel, in a 2015 commencement speech at USC’s Marshall School of Business, said he left Stanford without completing requirements for a diploma. Billionaire investor and Facebook board member Peter Thiel, who has Stanford degrees, started a fellowship in 2011 that pays $100,000 to prodigies who have dropped out of school and work on startups.

Kanye West at the School of the Art Institute of Chicago, 2015. Photo: Timothy Hiatt/Getty Images

“The next world-changer could be that annoying student in the back row and working on her laptop—you just don’t know,” said Harry Lewis, a Harvard computer-science professor who taught Messrs. Gates and Zuckerberg. One of Mr. Lewis’s daughters—a Harvard graduate—now works for Facebook.

It’s a message acknowledged by fresh Harvard grads such as Jair Olivares. “Ideally here nobody graduates and everyone makes it big,” said the 22-year-old history major from Chicago. “It would’ve been nice to drop out and make it big too. Now I will have to work harder.”

Some parents attending the Harvard ceremony were grateful their children didn’t follow Mr. Zuckerberg’s dropout footsteps. “If he can do so well as a dropout, my son can do much better as a graduate,” said Lily Hugh, mother of Danny Hugh, 31, who received a liberal-arts and management degree from Harvard Extension School.

Many dropout speakers treat the irony with humor, including Ms. DeGeneres, who told Tulane grads: “I’m not saying you wasted your time or money, but look at me, I’m a huge celebrity.” 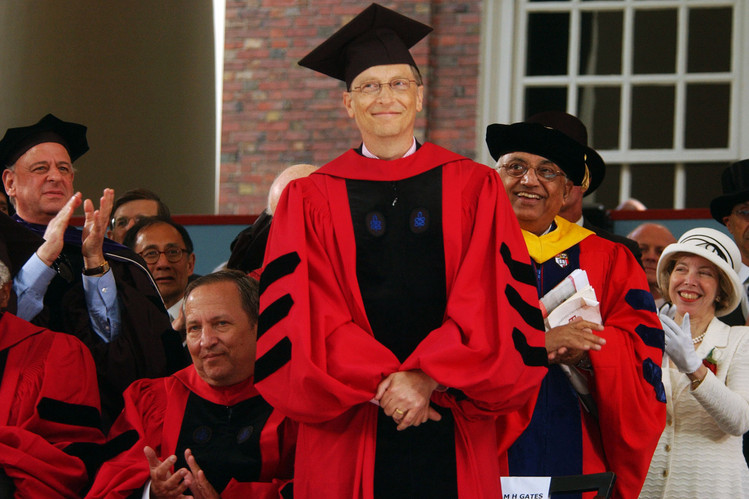 Mr. Gates told Harvard grads: “If I had spoken at your orientation, fewer of you might be here today.”

Matt Damon, addressing Massachusetts Institute of Technology’s 2016 graduates, said he attended commencement at Harvard after studying there but didn’t get a degree. “So yes, today, for the second time in my life, I am fake graduating from a college in my hometown.”

Students prize fame and gravitas over a degree in a commencement speaker, said Julie Lythcott-Haims, Stanford’s dean of freshmen until 2012 and now an author. Stanford students were “thrilled,” she said, when Mr. Jobs spoke to 2005 graduates—she was on the stage—and told them that dropping out of Reed was “one of the best decisions I ever made.”

Ms. Lythcott-Haims recalls some students bristled at Doonesbury creator Garry Trudeau ‘s being named commencement speaker when she graduated from Stanford in 1989, because they felt he wasn’t prestigious enough despite his college degree.

Mr. Zuckerberg, whom Facebook declined to make available for comment, left Harvard nearly two years after starting Facebook, which today is valued at more than $430 billion.

“I don’t know, maybe the choice of not getting a degree was the right one,” said Instagram co-founder and CEO Kevin Systrom, who graduated from Stanford and sold his photo-sharing app to Facebook for $1 billion in 2012.

Mr. Zuckerberg sought advice on the speech from Mr. Gates, who had brainstormed with his friend Warren Buffett a decade earlier about his own speech. When Mr. Gates dropped by Facebook’s Menlo Park, Calif., headquarters earlier this year, Mr. Zuckerberg pressed him for tips. “They know we actually didn’t graduate, right?” he asked in a video posted to his Facebook page. Mr. Gates responded: “That is the best part—they actually give you a degree.”

Mr. Zuckerberg, returning to campus Tuesday, visited his former dorm, where as a sophomore in 2004 he started the social network. In a live Facebook video, he reminisced about scheming to pass a Roman history class, which he said he didn’t attend because he was too busy coding Facebook. 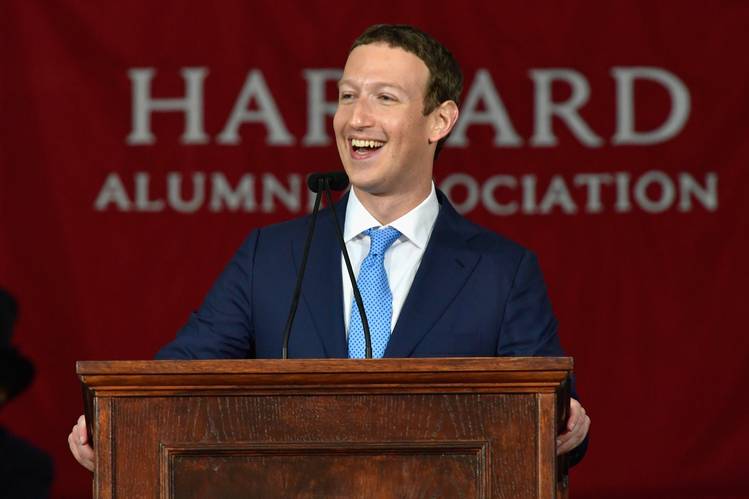 He joked about a classmate who promised his father he wouldn’t work with Mr. Zuckerberg after they built Facemash, a predecessor to Facebook that compared students’ pictures and let people pick the “hottest.” The classmate turned down Mr. Zuckerberg’s offer to help run Facebook, he said.

On Thursday morning, Mr. Zuckerberg, dressed in a crimson robe, was one of 10 recipients of honorary degrees, along with actors James Earl Jones and Judi Dench.

Mr. Zuckerberg opened his afternoon commencement speech with a few jokes and then urged graduates to “create a world where every single person has a sense of purpose” at a time when jobs are declining due to automation and social safety nets are wearing thin.

Today’s great struggle, he said, is between the “forces of freedom, openness and global community against the forces of authoritarianism, isolationism and nationalism.”

Mr. Zuckerberg that day posed with his beaming parents for a photo with his new diploma and immediately updated his Facebook page to say that he holds a Harvard degree.

This site uses Akismet to reduce spam. Learn how your comment data is processed.

You can find out more about which cookies we are using or switch them off in settings.

This website uses cookies so that we can provide you with the best user experience possible. Cookie information is stored in your browser and performs functions such as recognising you when you return to our website and helping our team to understand which sections of the website you find most interesting and useful.

Strictly Necessary Cookie should be enabled at all times so that we can save your preferences for cookie settings.

If you disable this cookie, we will not be able to save your preferences. This means that every time you visit this website you will need to enable or disable cookies again.